While thousands of customers have been reconnected, the newly-named Storm Franklin is making conditions challenging for engineers 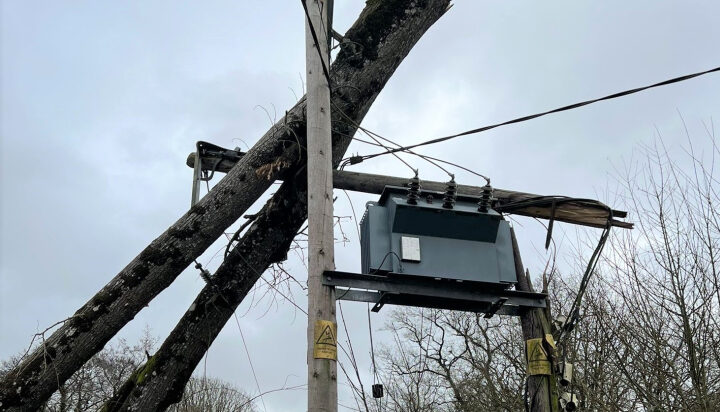 Thousands of engineers across the country are working to fix the damage to the power network after around 1.4 million people were affected by Storm Eunice.

Figures from the Energy Networks Association (ENA) suggest around 83,000 customers were without electricity at 8am on Sunday, down from 155,000 from the previous evening.

Despite the reconnections, engineers are struggling to reconnect everyone due to the newly-named Storm Franklin, which is making conditions challenging for them.

Storm Franklin was expected to bring high winds on Sunday night and into Monday morning for the majority of the UK, according to warnings from the Met Office.

ENA Director Ross Easton said: “We are working flat out to reconnect everyone as quickly as we safely can. Reconnections are happening all the time but severe weather forecast for today and tomorrow is hampering efforts.

“With Storm Franklin on the way, I’d like to remind everyone that if you see a power line brought down, keep well clear and call 105 for free.

A chimney at Grain power station in Kent was also knocked down as a result of the huge gusts of Storm Eunice.