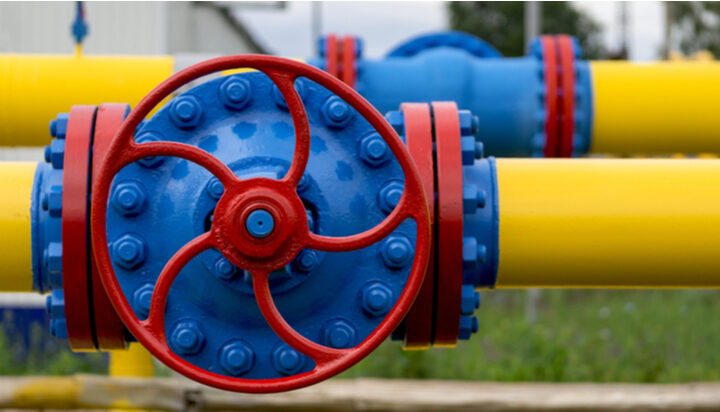 Russia has threatened to halt gas supplies to the West through the Nord Stream 1 pipeline to Germany.

Deputy Prime Minister Alexander Novak made the statement on state television and said it is part of Russia’s response to sanctions imposed by Western countries over the invasion of Ukraine.

Russia supplies around 40% of the EU’s natural gas imports, while most of the rest comes from Norway and Algeria.

Initial data from the energy market has shown non-energy sanctions against Russia have already reduced oil supplies leading to further price spikes and volatility, according to the International Energy Forum (IEF).

Mr Novak also warned countries could face oil prices of more than $300 (£228.8) per barrel as a result of the country’s actions.

He said: “In connection with unfounded accusations against Russia regarding the energy crisis in Europe and the imposition of a ban on Nord Stream 2, we have every right to take a matching decision and impose an embargo on gas pumping through the Nord Stream 1 gas pipeline.”

The Nord Stream 1 and 2 pipelines, which have been operational since 2011 and 2012 respectively, have the capacity to transport a total of around 55 billion cubic metres of gas a year – enough to meet the energy demand of more than 26 million European households.

Mr Novak added: “It is absolutely clear that a rejection of Russian oil would lead to catastrophic consequences for the global market.

“The surge in prices would be unpredictable. It would be $300 per barrel if not more.”

The International Atomic Energy Agency (IAEA) confirmed a new nuclear research facility in Ukraine has been damaged by Russian troops as a result of shelling.