The International Atomic Energy Agency confirmed Ukrainian specialist teams had succeeded in repairing a power line needed to resume external electricity supplies at the plant, four days after they were lost at the Russian-controlled site 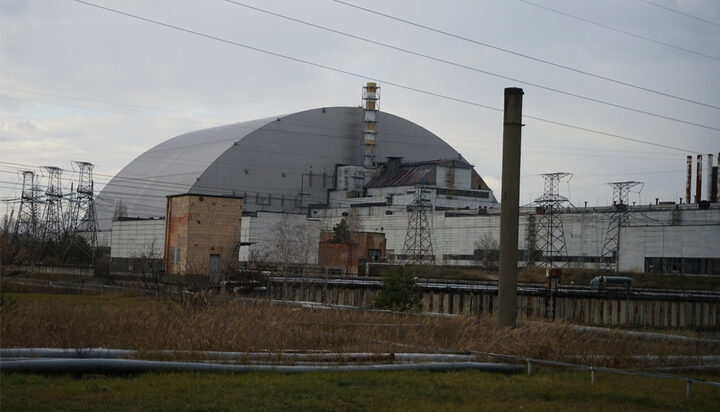 Electricity supply has been restored at the Chernobyl Nuclear Power Plant in Ukraine, which has been seized by Russian forces.

The International Atomic Energy Agency (IAEA) confirmed Ukrainian specialist teams had succeeded in repairing a power line needed to resume external electricity supplies at the plant, four days after they were lost at the Russian-controlled site.

IAEA Director General Rafael Mariano Grossi received the news from Petro Kotin, head of Ukraine’s nuclear power firm Energatom, who told him the specialist teams from transmission system operator Ukrenergo had fixed one of two damaged lines which meant all required off-site power is being delivered to the nuclear plant.

This means the cooling systems will now operate normally and no backup power will be needed.

Mr Grossi said: “This is a positive development as the Chornobyl NPP has had to rely on emergency diesel generators for several days now.

“However, I remain gravely concerned about safety and security at Chornobyl and Ukraine’s other nuclear facilities.”

Staff at the Chernobyl nuclear plant are no longer carrying out repair and maintenance of safety-related equipment, partly due to their physical and psychological fatigue after working non-stop for nearly three weeks.

The director general has proposed a framework that would enable the IAEA to deliver technical and other assistance for the safe and secure operation of all Ukraine’s nuclear facilities during discussions last week with the Ukrainian and Russian Foreign Ministers Dmytro Kuleba and Sergei Lavrov, respectively.

Mr Grossi added: “We can’t afford to lose more time. The IAEA stands ready to act immediately, based on our proposed framework that requires agreement from the parties of the conflict before it can be implemented. We can only provide assistance to Ukraine’s nuclear sites once it has been signed. I’m doing everything I can to make this happen very soon.”