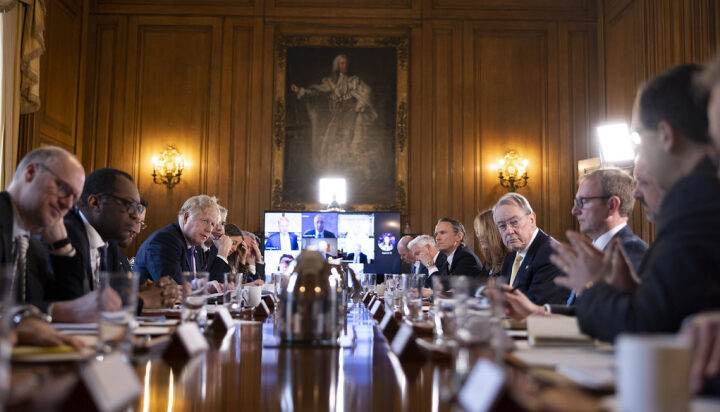 Prime Minister Boris Johnson reportedly told nuclear industry bosses he plans for the UK to get 25% of its electricity needs from nuclear power.

He hosted a roundtable at Downing Street yesterday with leaders from the nuclear industry, including the Nuclear Industry Association (NIA), Aviva Investors and Rolls-Royce, to discuss how to improve domestic energy security and rapidly accelerate nuclear projects in the UK.

The meeting comes as Britain is trying to find ways to reduce its reliance on Russian imports by boosting domestic energy production.

The UK has six generating nuclear power stations, providing around 16% of the country’s electricity, however, three plants will retire by March 2024 and all but one will retire by 2030.

The prime minister made clear he wants nuclear to be a “major part” of the UK’s future energy system “as a clean, reliable and safe energy source”, setting out the government’s commitment to support the industry to develop a pipeline of future nuclear projects in a cost-effective way.

He invited views on how the UK can accelerate rapid progress on security new capacity and discussed the benefits of scaling up investment and removing barriers facing development.

Here's a model of @RollsRoyceUK’s Small Modular Reactor, which the government's Advanced Nuclear Fund is investing in, as a cost-effective source of clean energy.

These are smaller than traditional nuclear power plants and have the potential to be less expensive to build. pic.twitter.com/VlzVN8u3ur

According to statistics from the NIA, nuclear power saved the UK 2.32 billion tonnes of carbon emissions, far more than any other source and equivalent to all UK emissions from 2015 to 2020.

“That means urgently investing in a fleet of large and small nuclear stations, alongside renewable investment, to deliver the clean, sovereign power we need.”