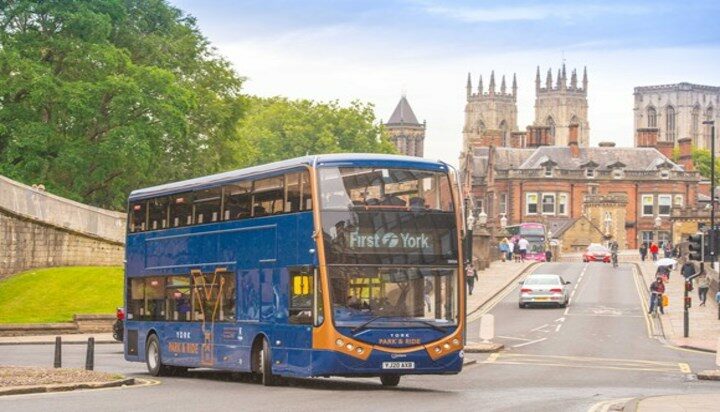 A total of 44 new electric buses will soon roam the streets of York in Yorkshire, England.

That follows an £8.4 million grant awarded to the City of York Council by the Department for Transport.

The local authority had previously submitted a bid to the government’s Zero Emission Bus Regional Area scheme to support the rollout of zero-emission buses in the city.

It is estimated that 33 electric buses already operate on York’s Park and Ride service.

After the new delivery is completed, the city will have 77 electric buses in service – the electric bus fleet is forecast to reduce the city’s carbon dioxide emissions by 3,900 tonnes per year.

Councillor Paula Widdowson, Executive Member for the Environment at City of York Council, said: “Here in York, we have already gone to great lengths to promote sustainable travel, particularly on public transport.

“In partnership with First York, we already have introduced 21 double decker electric buses on the Park and Ride fleet, saving thousands of tonnes of carbon dioxide in the city.”