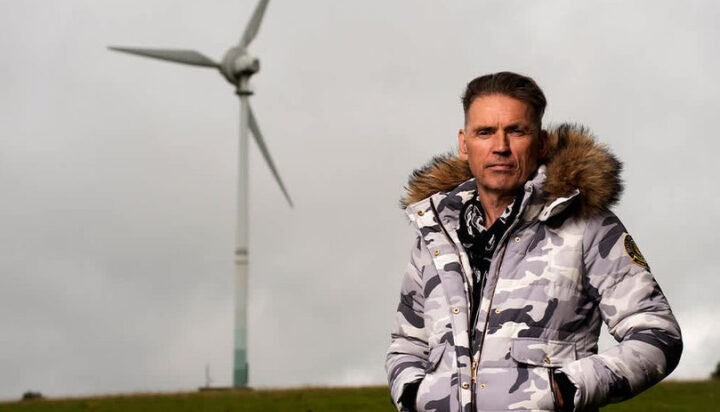 The founder of green energy company Ecotricity has announced plans to step down as its CEO as he considers a move into politics.

Dale Vince announced he is looking for a new owner for Ecotricity who shares the company’s commitment to green energy and has the funding to turbocharge the development of its renewable energy pipeline.

Currently, Ecotricity has 2,500MW of renewable energy generation in planning, with the project pipeline requiring an investment of around £2 billion.

The company, which employs more than 800 people and has a turnover of more than £300 million this year, currently supplies around 200,000 homes and businesses across Britain with renewable energy from solar and wind farms.

Mr Vince said: “This is a huge decision – it’s been my life for a long time and is arguably my life’s work. But it’s the right decision at the right time – our pipeline of green energy projects is way beyond what we can fund ourselves, while at the same time, the country’s need for new sources of renewable energy has never been bigger.

“Or more urgent – we’re halfway through the vital last decade, the UN said we had to avoid the worst of climate change and little has changed in that time. The good news is that the war in Europe has finally brought the attention of our government to this issue, through the risk to energy supplies and the newfound interest in Energy Independence.”

“By passing the baton now to a new owner, Ecotricity will be able to play a big role in the accelerated shift to 100% green energy on the grid. And I will be able to play a part in the next general election in some way or another. We have everything we need to get to net zero as a country, we have the technology, economics is on our side, as are the public – we clearly have the need, what we lack are politicians that get it and the policies that will help make it happen – faster.

“I believe this will be the most important election of our lives.”