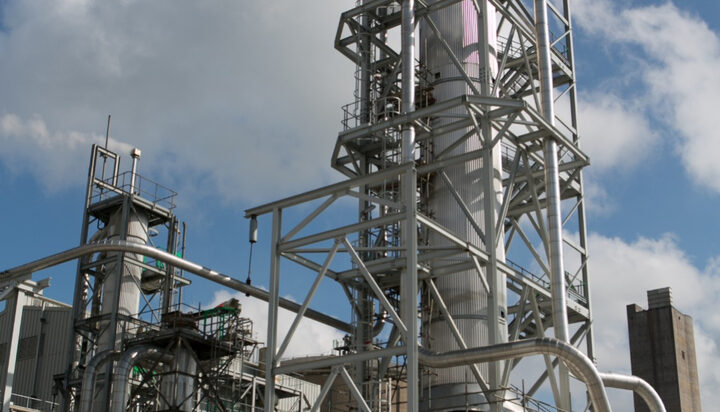 Is the UK heading toward a carbon dioxide shortage shock?

CF Fertilisers, a subsidiary of CF Industries has announced it will close its Ince manufacturing facility near Chester.

The project is one of the only two major fertiliser plants in the country.

The company produces carbon dioxide as a by-product of its fertiliser production – the gas is supplied to a large range of sectors, including NHS, nuclear power plants and the food industry.

Nearly 283 employees are forecast to lose their jobs after the closure of the facility which has not produced ammonia since September last year.

The company has said it will begin redundancy consultation with union and employee representatives soon.

The National Farmers’ Union has warned against panic buying of fertiliser after the manufacturer announced its plans to permanently close the plant in Cheshire.

Last year, the meat industry warned about Britain facing food shortages due to the lack of carbon dioxide gas.

In response to these calls, the government struck a short-term deal with CF Fertilisers to immediately restart operations.

“Following a strategic review of our business, we believe that the best way to continue our legacy of serving customers in the UK is to operate only the Billingham manufacturing facility moving forward while addressing cost pressures throughout our business.”

A government spokesperson told ELN: “We understand this will be distressing news for CF Fertilisers workers and their families. We are in regular contact with the company and stand ready to support those impacted.

“The closure of their Cheshire plant is a commercial decision for CF Fertilisers and it will not impact supplies of carbon dioxide. The government gave only limited financial support to the company, for three weeks last year, to immediately restart their Billingham plant on Teesside.

“Without intervention last year, the carbon dioxide shortage could have severely impacted the food processing sector, the NHS and nuclear power generation.”