Magnox: Final milestone achieved at one of UK’s most iconic nuclear plants

Staff at Sellafield’s Magnox Reprocessing Plant have safely reprocessed the final box of spent fuel, marking the completion of a 10-year programme 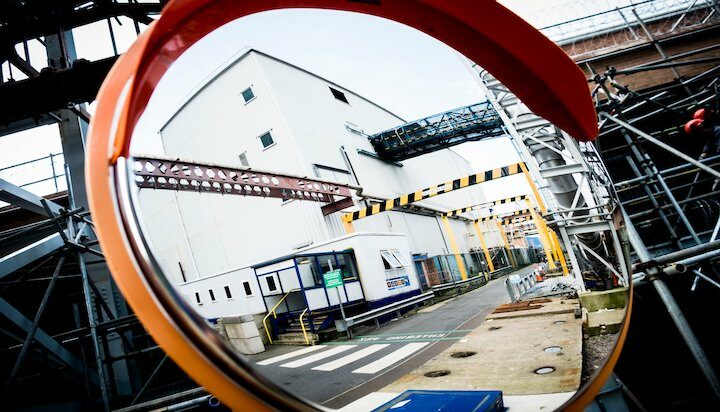 A key last job has been completed at one of the UK’s most iconic nuclear power stations before operations end next month.

Staff at Sellafield’s Magnox Reprocessing Plant have safely reprocessed the final box of spent fuel, marking the final milestone at the site and the completion of a 10-year programme.

It follows an announcement in May that the facility will finish reprocessing in July and enter a new era of decommissioning and clean-up.

The UK’s fast reactor at Dounreay, in Scotland, was built during the 1950s and became the world’s first fast reactor to provide electricity to a national grid before shutting down in 1977.

While fast reactors came to an end in the UK in the 1980s, the programme left behind a legacy of spent fuel with a unique chemical composition.

This remained at Dounreay for 35 years until the Nuclear Decommissioning Authority (NDA) and nuclear regulators agreed it could be brought to Sellafield for storage and reprocessing.

Martin Chown, Sellafield Ltd Chief Executive Officer said: “Throughout its history, the Magnox Reprocessing Plant has delivered on behalf of the UK.

“The current workforce has carried on this proud tradition by achieving another significant milestone in its final weeks of operations. It’s a significant achievement and another demonstration of us delivering our purpose to create a clean and safe environment for future generations.”

A small amount of fuel remains at Dounreay which will be transferred to Sellafield for dry storage before consignment to the UK’s Geological Disposal Facility.

The programme was a collaborative effort across the NDA Group, involving teams at Dounreay, Sellafield Ltd and Nuclear Transport Solutions.