Huge blow for US climate mitigation, as Supreme Court rules against EPA 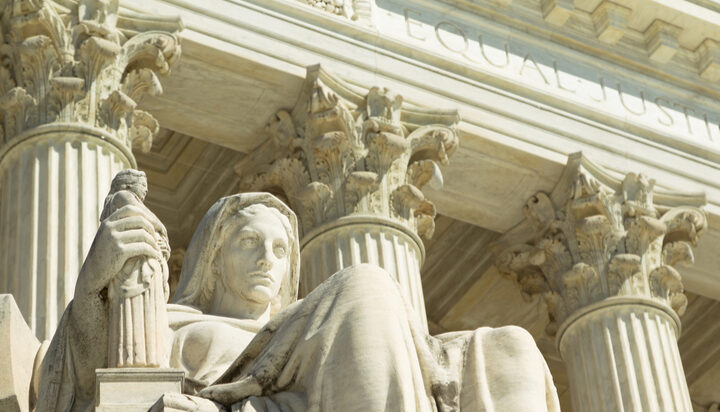 In what’s been considered a blow to climate mitigation in the US, the Supreme Court has ruled against the Environmental Protection Agency (EPA).

This means the EPA will now be limited in how it can regulate greenhouse gas (GHG) emissions and help stave off global warming in the country.

The Federal Government will now lose some of its power when it comes to tackling the climate crisis, following a 6-3 decision – backed by US states including Kentucky and Texas.

West Virginia is a state with major coal power and has argued that given the EPA members are unelected, they should not be allowed to determine how the state runs its energy and economy.

The Supreme Court has sided with its argument, with Chief Justice of the US, John Roberts, writing: “Capping carbon dioxide emissions at a level that will force a nationwide transition away from the use of coal to generate electricity may be a sensible ‘solution to the crisis of the day’.

“But it is not plausible that Congress gave EPA the authority to adopt on its own such a regulatory scheme in Section 111(d). A decision of such magnitude and consequence rests with Congress itself, or an agency acting pursuant to a clear delegation from that representative body.”

There are fears that this decision could now dismantle the Federal Government – as states take power.

“Of course, members can and do provide overall direction. But then they rely, as all of us rely in our daily lives, on people with greater expertise and experience. Those people are found in agencies.”

The EPA was set up to have climate and environmental governance covered by those who understand it, however, this ruling will now place the regulatory power in the hands of those who are elected but not experts.

Congress will now have to provide clear consent to the EPA for the agency to act on anything.

President Joe Biden has called this a “devastating decision”, while UN Spokesperson Stéphane Dujarric said: “This is a setback in our fight against climate change, when we are already far off-track in meeting the goals of the Paris Agreement.

“The Secretary-General has said repeatedly that the G20 must lead the way in dramatically stepping up climate action.

“Decisions like today’s in the US – or any other major emitting economy – make it harder to meet the goals of the Paris Agreement, for a healthy, liveable planet, especially as we need to accelerate the phase out of coal and the transition to renewable energies.”

The US remains the world’s second largest emitter of GHG emissions, only behind China.