A 257 kilometre-subsea cable will link Shetland to mainland Scotland 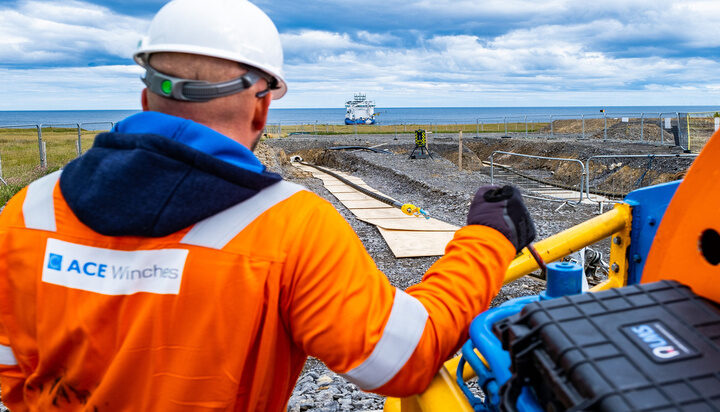 A £660 million project that will connect Shetland in Scotland to the British grid for the first time has passed a milestone.

The Shetland High-Voltage Direct Current (HVDC) link will allow wind farms on Shetland to export renewable electricity to the UK’s grid and help ensure a reliable and clean supply of electricity on the islands.

The first phase of cable laying began last week off the coast of Caithness.

The second phase of the project is expected to begin in March next year and will involve another 57 kilometres of cable from Weisdale Voe on Shetland heading south.

SSEN Transmission Lead Project Manager Chris Finnigan said: “The installation of the subsea cable is one of the major components of the Shetland HVDC link project and it marks an exciting step in the project for SSEN Transmission and our contractors and we look forward to the completion of this first subsea cable campaign over the coming weeks.”