Some of the solar panels of the project were damaged 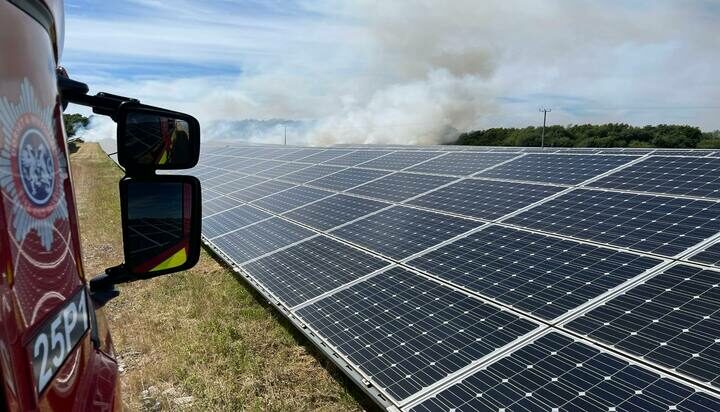 A large fire has sparked at a solar farm located near Verwood Town in Dorset.

Fire crews reported that some of the solar panels were destroyed and the cause of the fire is still under investigation.

A spokesperson from Dorset and Wiltshire Fire and Rescue Service told ELN: “We were called to a field containing solar panels off St Michael’s Road, Verwood at 2.43pm yesterday where an area of approximately 150 metres x 100 metres was well alight.

In a statement, Verwood Fire Station said: “With the weather forecasting continued extreme hot weather, the fire service would like to remind the public not to park inappropriately or block access points to heathland and to please consider how their parking may impact emergency vehicles.”

ELN approached Belltown Power, the owner of the solar farm for a response.