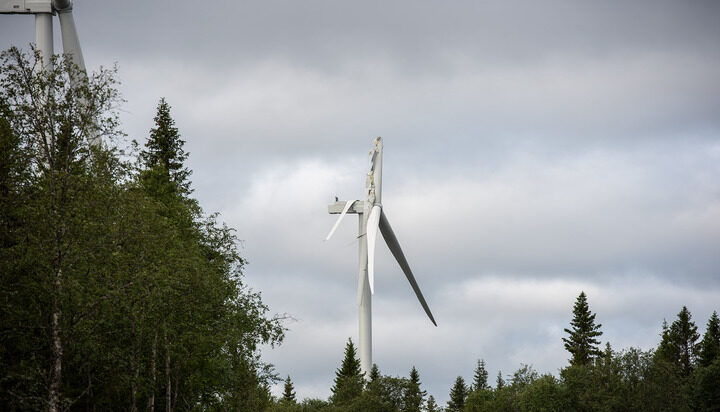 An investigation has been launched after a blade failure on a turbine at a Swedish wind farm might have caused a “very severe” accident involving one family that was reportedly close to the incident.

Anders Nilsson who provided the photos of the failed wind turbine blade to ELN said: “The accident happened on Thursday 21st July at 8pm.

“A family was very close and had to run to escape falling parts from the blade. It could have been a very severe accident. This is the second accident with broken wings on this windfarm.

An OX2 spokesperson told ELN: “The incident happened Thursday evening last week. The root cause investigation has been initiated. The turbine will be replaced.

“GE are the Operation and Maintenance supplier of this park, as well as manufacturer of the turbines and were the first ones on site.

“OX2 TCM are the asset manager on behalf of the owner Treblade Björkvattnet. GE are now leading the root cause investigation but we’re all of course in close contact.”

Responding to the reports about the family which was in the nearby area the OX2 spokesperson said: “There was a family in the area picking berries but they were at a safe distance and they were not hurt.”

ELN asked GE for a response – the company did not respond before publication.