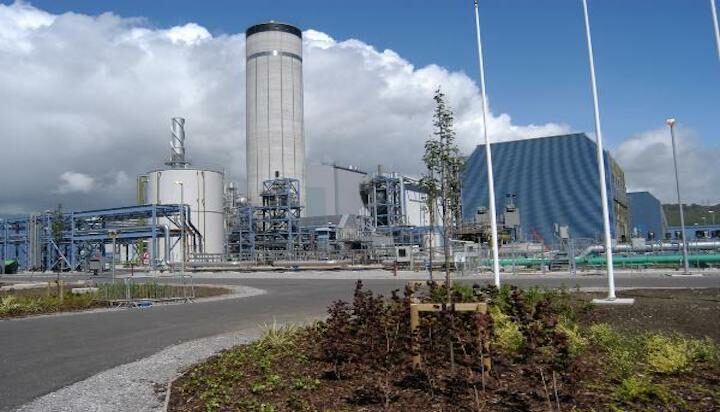 The Welsh Government has invested more than £4 million to design and build replacement electricity networks to reconnect businesses at Baglan Energy Park.

The move comes after Baglan Operations Limited (BOL) and the Baglan group of companies under the Calon Energy Group entered compulsory liquidation on 24th March 2021, leaving businesses, water pumping stations and other organisations in Neath Port Talbot in danger of having their power supply terminated.

Businesses at Baglan Energy Park previously received their power supply via a private network from an onsite gas-fired power station.

Electricity at the site was due to be switched off in January, however, it was kept on as a result of the court case brought forward by Wales.

The Welsh Government said it made the investment to support Western Power Distribution, as the local licensed distribution network operator, to rapidly build the new electricity network to supply the businesses, which would have initially taken between 18 months to two years to build.

The new electricity connections, which are directly powered through the National Grid, are now complete, with most customers now connected to the new network.

Welsh Economy Minister Vaughan Gething accused the UK Government of failing to intervene to protect the energy supply at the industrial estate, however, the government said Wales was responsible for “contingency planning”.

Mr Gething said: “I am pleased to have had the opportunity to visit Baglan Energy Park to meet some of the businesses impacted by more than a year of uncertainty around their energy supply. There is no doubt this has been a very stressful and uncertain time for them.

“When the UK Government refused to act, the Welsh Government intervened. If we had not acted then, serious long term harm could have been caused. The action we have taken came at significant cost to the Welsh Government. However, I am confident that it was time and money well spent. We have been able to successfully avoid the risk of major job losses, flood incidents and potential environmental pollution.

“This has been an incredibly frustrating time. It is staggering that the UK Government actively opposed our action in the courts to protect jobs, the environment and the health of tens of thousands of people. In taking this action, the Welsh Government stood up for the people of Wales. This is yet another great example of devolution in action.”