Report claims winter deaths could be linked to higher bills

More people are dying in winter, probably because of living in fuel poverty, an independent report has claimed. The Hills review says that households in or on the margins of […] 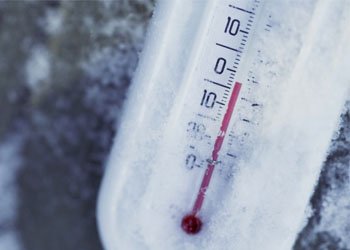 More people are dying in winter, probably because of living in fuel poverty, an independent report has claimed. The Hills review says that households in or on the margins of poverty faced extra costs to keep warm above those for typical households.

Professor John Hills was commissioned by the Government to examine how serious a problem fuel poverty is and how it should be measured. According to his report, Britain has unusually high rates of “excess winter deaths”.

Each year there are 27,000 extra deaths than at any other time of the year. The report says that if only a tenth of them are due directly to fuel poverty, that means that 2,700 people in England and Wales are dying each year as a result, which is more than the number killed in traffic accidents.

Citizens Advice Chief Executive Gillian Guy said she was shocked: “It’s horrifying that so many people are dying each year because they can’t afford to heat their home.Today’s report is yet another reminder that fuel costs just have to come down.”

The report concludes that Fuel Poverty is a serious problem facing Government and that households in the margins of poverty faced extra costs of up to £1.1 billion. Improving energy efficiency measures are thought to be able to improve living conditions.

Audrey Gallacher, Director of Energy at Consumer Focus, said: “Many of our poorest pensioners, families and disabled people, put their health at risk by having to choose between heating their homes or putting food on the table this winter. This is one of the most pressing and neglected concerns facing the government’s energy strategy.”