Environmental charity Friends of the Earth has claimed the UK energy suppliers are planning to build too many gas plants, which could produce unnecessary extra emissions. According to its analysis […] 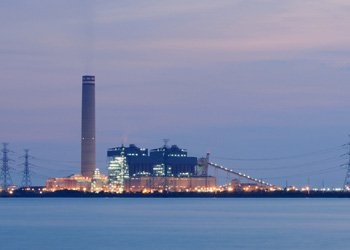 Environmental charity Friends of the Earth has claimed the UK energy suppliers are planning to build too many gas plants, which could produce unnecessary extra emissions.

According to its analysis up to 9GW of new gas-fired electricity generation could come on line by 2016, nearly twice the additional 4.9GW the Government projects may be needed by 2020. Gas is regarded as a bridging technology by many, for the flexible generation it provides.

Paul Steedman, Friends of the Earth’s Energy Campaigner said the UK had the wrong approach: “Gas dependency is a costly, polluting dead-end – to guarantee affordable energy in the long run we must switch to clean British power and slash energy waste.”

Friends of the Earth wants a ban on unnecessary gas plants unless the Government introduces tougher limits on carbon pollution from power stations because it risks locking the UK into a future of high-carbon electricity generation.

A DECC spokesman said planning extra generation was vital: “While there is significant capacity with consent or in the pipeline, some of this may not come forward – to keep the lights on, the UK may need new, as yet unconsented, gas plant.”

As much as 19GW of old fossil fuel and nuclear plant is due to come offline this decade, which DECC sees as reason enough to give the go ahead to more gas.

The DECC spokesman added: “In the short-term, they will be needed to replace older fossil fuel and nuclear retirements to ensure energy security. In the long-term, they will be needed to provide backup to increasing amounts of intermittent generation. We are taking action to secure supply with radical reforms to the electricity market, which will keep the lights on and bills down.”