Shelved Severn Barrage back on the cards?

David Cameron has asked officials to look at the possibility of reviving plans for a hydropower project across the estuary of the Severn, Britain’s longest river. Number 10 is said […] 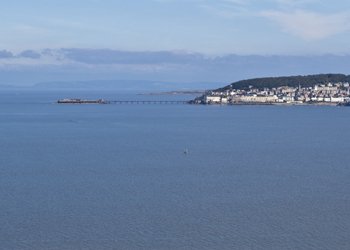 David Cameron has asked officials to look at the possibility of reviving plans for a hydropower project across the estuary of the Severn, Britain’s longest river.

Number 10 is said to be considering the Severn Barrage project again, which was originally shelved in 2010 after potential costs of £20-30million on top of environmental concerns forced a rethink.

The Prime Minister has reportedly told Ed Davey, the Energy Secretary and Oliver Letwin, the Conservative policy chief, to look in detail at the privately financed scheme by the Corlan Hafren consortium.

Stretched between Cardiff and Weston-super-Mare (pictured), the Barrage could possibly provide 5% of the country’s electricity but in DECC’s report on the plans in 2010, the department stated it must be “cost effective” when compared with other low carbon energy sources.

Environmental campaigners say they are pleased the Government is considering a renewable energy scheme but have reservations about the impact on wildlife.

Alun James, Policy Officer at WWF Cymru said: “In the case of the Severn barrage, we want to see a lot more research carried out. There is a lot of work to be done – on the technology and on its impact on the local environment. For example, the knowledge on fish movements in the Estuary is still inadequate.”

He said the plans “must be completely open” with all research plans and findings shared with the public.