‘Investors think Government energy policy is based on a “lie”’

Investors believe the Government’s energy policy is based on a “lie”, a backbench Labour MP has claimed. Barry Gardiner, one of the fiercest MPs to sit on Parliament’s energy watchdog, […] 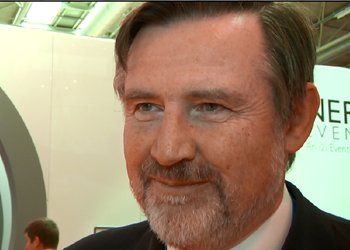 Investors believe the Government’s energy policy is based on a “lie”, a backbench Labour MP has claimed.

Barry Gardiner, one of the fiercest MPs to sit on Parliament’s energy watchdog, claimed investors believe the Government isn’t being forthright when it suggests energy is going to become cheaper.

In a calm, less fiery speech than viewers of the Parliament’s select committee hearings have come to expect, made at the Energy Event he said: “I was speaking to the investment community, major hedge funds and investors in the energy sector a month ago. One of them simply said the problem is, the government’s energy policy is based on a lie. I think he was actually too generous: it’s not based on a lie, it’s based on at least three.”

Firstly, he said, “The Government wants people to believe their electricity will become cheaper. It will not. It will become much more expensive.”

He then suggested the Government is wrong to claim new nuclear power stations can be built without dipping into the public purse: “If you look at the associated risks, capital, construction, development, it will not be built without absolutely upfront overt government subsidies.”

He suggested the Government was trying to sneak subsidy to nuclear power “covertly” through mechanisms in the Energy Bill such as the Energy Performance standard and subsidising the price of carbon.

He claimed the third “lie” is that Government is “neutral” and doesn’t pick favourites in energy: “Last year the OECD announced that in 2010 the UK subsidised fossil fuels by £3.6 billion. In last year’s budget, the Chancellor announced a further £65million to oil and gas in 2011… In contrast the total subsidy paid to onshore wind in 2010 was just £400million.”

However DECC was adamant new nuclear power won’t need a helping hand. A spokesman said: “We need investment in a diverse energy mix that is secure, low carbon and affordable. New nuclear will play a role in this, without public subsidy.”