Ed Miliband believes Ofgem is not fit for purpose and wants to scrap the energy regulator to stop people getting “ripped off” by energy firms. Speaking on the first day […] 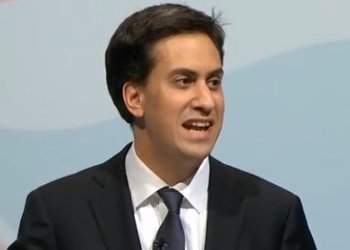 Ed Miliband believes Ofgem is not fit for purpose and wants to scrap the energy regulator to stop people getting “ripped off” by energy firms.

Speaking on the first day of the Labour conference in Manchester, the Labour leader pledged to replace Ofgem with a body which puts more pressure on the “Big Six” energy companies to drop prices when wholesale prices go down.

Vowing to create a “new regulator with legal powers to keep prices down,” Mr Miliband said: “We’ll make sure when the big energy companies pay less for the power they buy, you pay less for the energy you buy.”

A former Energy Secretary himself, in 2008 Mr Miliband toughened up the powers Ofgem wielded but at the conference he said the regulator had to go: “The current system of regulation is not working. We’ll rip it up to stop you getting ripped off.”

The Opposition leader added: “This a first shot in the all-out attack I want to launch on the way the rules of our economy now appear to be stacked against you.”

Labour claims giving Ofgem new powers is not the answer because it is not using the powers it already has.

Privately, some in the industry believe Ofgem has been historically “useless” but under reforms of the electricity market being introduced at the moment, the regulator is meant to be given more teeth.

DECC would not comment on Opposition policies but pointed out that only last week Ed Davey announced that Ofgem is getting further powers. Last week the Energy Secretary said the regulator will be able to force suppliers who have breached licence conditions to compensate consumers who have lost out directly.