Which? calls for independent review of energy market

A consumer group has called on the Government to launch an independent review into the rising cost of domestic energy bills. In an open letter to Prime Minister David Cameron, […] 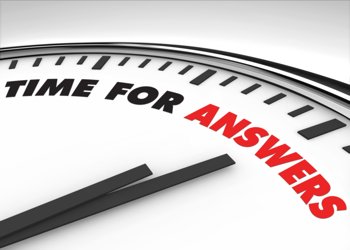 A consumer group has called on the Government to launch an independent review into the rising cost of domestic energy bills.

In an open letter to Prime Minister David Cameron, Which? said the Government should face facts that the energy market is “broken” and should let consumers know the “deserved” truth.

It stressed the Government should urgently launch a review to look at whether the reasons given for the recent price hikes are justified.

The call comes after four of the ‘Big Six’ energy suppliers announced a raise in their gas and electricity prices for this winter, which is expected to affect millions of households.

Richard Lloyd, Executive Director of the consumer body said: “You said ‘we are making energy companies be competitive’ but there is little evidence of this. 75% of consumers are on the most expensive tariffs and the level of switching continues to decline. It’s time to face facts: the energy market is broken.

“People are questioning whether they are paying a fair price for their gas and electricity. The energy companies blame wholesale price increases but even the regulator has found that prices don’t fall when the wholesale price drops. The sector is dominated by a handful of big and powerful players who are seemingly unaffected by the normal competitive pressure of price and customer service.”

He added the review should look at what energy firms need to do to increase transparency in the market and give consumers confidence that everything possible is being done to keep energy prices down.

Mr Lloyd said: “Until we see greater transparency and prices presented clearly, consumers will continue to distrust the energy market and remain unable to drive genuine competition through moving to the cheapest tariffs.”

In response, a DECC spokesman said: “Households facing rising energy bills this winter aren’t going to be helped by more inquiries or investigations that could take years to complete and implement. We know what the problems are, we want to get on with tackling them now. We’re focusing on action, not more words.

“The fact is reforms by Government and Ofgem, including electricity market reform through the forthcoming Energy Bill and Ofgem’s ongoing Retail Market Review, offer the quickest way to boost consumer confidence in the energy market. We have the Energy Bill due this autumn and Ofgem is due to move to the next stage of its review before winter. In the meantime we’re offering practical advice to households on how to get energy bills down and keep their homes warm.”