A new Government-funded initiative is being launched today to help bring cheaper energy to households across the UK, especially the fuel poor. The ‘Cheaper Energy Together’ project is a partnership […] 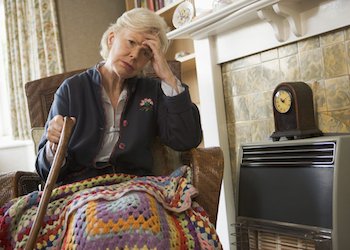 A new Government-funded initiative is being launched today to help bring cheaper energy to households across the UK, especially the fuel poor.

The ‘Cheaper Energy Together’ project is a partnership of 30 organisations including charities, local authorities and housing associations and is aimed at providing collective and instant energy switching service to householders. This is expected to provide a better deal through the power of group buying and also includes free energy saving advice and support.

The community partnership, led by not-for-profit organisation the PeoplesPower, is open to all UK households but will focus particularly on those facing fuel poverty and those who have not switched before. Residents will be able to sign up online, on the phone or at a series of local events in the next two months before a big community switch is held in March.

The switching service will be free to all consumers and a small “referral fee” between £5-£8 per switch will be charged to energy suppliers, which will be contributed to the cost of running the initiative.

Energy Secretary Ed Davey said the funding would help “drive forward collective purchasing and switching initiatives at a local level, helping consumers get a better deal on their energy bills”.

He added: “We need to find new ways to help people with their energy bills, working with communities and councils across the country. I am delighted so many organisations want to run new co-operative schemes to help people, especially the fuel poor, to get the best deals in the market.”

According to DECC, fuel poverty affects more than 18% of households in the East Midlands and 22% in the West Midlands, the highest in England. Last week ELN reported a fuel poverty charity warning the Government that hundreds of thousands of people will be living in poor insulated properties by 2016 due to a “massive shortfall” in funding for energy efficiency programmes for low-income households.