Six in ten UK consumers distrust their energy suppliers because they don’t give good value for money and due to lack of openness and transparency. New research by price comparison […] 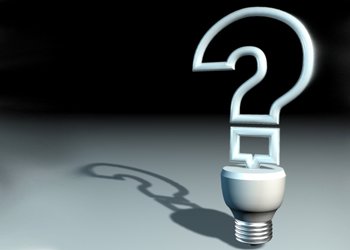 Six in ten UK consumers distrust their energy suppliers because they don’t give good value for money and due to lack of openness and transparency.

New research by price comparison site uSwitch.com showed the number of people distrusting energy companies have risen, with 45% trusting suppliers less than a few years ago. Poor communication is claimed to be key, with a quarter saying suppliers don’t provide easy-to-understand bills and information and 17% think they communicate badly.

Complaints, poor customer service and record-high energy prices are all believed to have contributed to the fall in numbers, with 33% saying it is because they don’t try to help people cut their energy bills.

Ann Robinson, Director of Consumer Policy at uSwitch.com said: “The breakdown in trust between consumers and energy suppliers is symptomatic of a far deeper malaise. The simple fact is that this market is not working for consumers, which is why it’s now critical that Ofgem gets the prescription right and sets it firmly on the road to recovery.

“In a healthy market, competition forces prices down and innovation and service up – consumers feel empowered to vote with their feet and this in turn helps to keep companies on their toes. This isn’t happening in the energy market and it’s no coincidence that just four in ten consumers trust suppliers at the same time as switching is at an all-time low. If we are to see this market succeed then Ofgem has got to turn this low-level of engagement around – this is the yardstick by which the success of its reforms should be measured.”

The 40% of consumers who trust energy firms said they have been won over by easy-to-understand bills and information (49%), good customer service (43%), ease of communication (39%) and helpfulness (36%). The research found more than three quarters of consumers were satisfied with the last contract they had with their supplier.

The news follows Ofgem’s call for support from suppliers this week to make the energy market more fairer and simpler under new measures expected to come into effect this summer.