Tough new standards for energy suppliers to make the market “simpler and fairer” for consumers will come into effect this summer. Energy watchdog Ofgem is counting down to delivering a […] 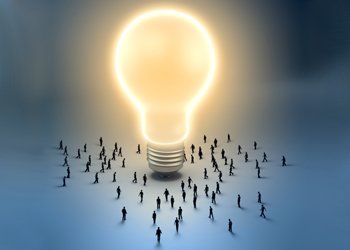 Tough new standards for energy suppliers to make the market “simpler and fairer” for consumers will come into effect this summer.

Energy watchdog Ofgem is counting down to delivering a clearer energy market by capping on tariff numbers provided by suppliers and are calling on for their support.

Under the new measures, suppliers will be required to limit the number of tariffs they offer to four and automatically move customers on poor value ‘dead’ tariffs to the cheapest one available. The news follows the regulator’s warning earlier this week of rising energy bills for years to come and “tight” times for consumers.

Alistair Buchanan, Ofgem Chief Executive said: “We are now counting down to the most radical shake-up of the energy retail market since competition began. We know suppliers are serious about wanting to restore consumer trust and they need to grasp this golden opportunity to change their behaviour and get behind Ofgem’s reforms so consumers get the simpler, clearer and fairer energy market they deserve.

“My message to the suppliers is – don’t wait for the legal process to take effect. Most have already embraced the reform agenda and now the way is clear for all of them to work with Ofgem to bring in reforms as soon as possible.”

The Government has also backed Ofgem’s proposals and Prime Minister David Cameron said it is a “huge step” towards energy bills that are fair for everyone.

He said: “Our aim is that consumers will get the best possible energy tariff – no tricks, no loopholes – and we will use the powers we gained in the Energy Bill earlier this month to make sure this happens. The Bill will support this package and make sure that all energy customers are put on their supplier’s lowest variable rate unless they choose otherwise.”

Energy Secretary Ed Davey added the new measures will put consumers “firmly back in the driving seat” and that the Government is “keen” for Ofgem start implementing them as soon as possible.

A consumer group suggested the new reforms are important to build consumers’ trust with suppliers. Mike O’Connor, Chief Executive of Consumer Focus said: “If these reforms are going to earn consumer trust we will need to see a real transformation in the behaviour of energy companies and in the culture of the market… They will want to see it happen quickly and to feel the difference. If not consumers will remain disengaged and mistrustful at a time when dire warnings of an energy crisis are ringing in their ears.”

The trade association for the energy industry said suppliers have pledged to help all customers and claims they are already cutting the number of tariffs. Angela Knight CBE, Chief Executive of Energy UK said: “The concerns of customers and politicians have been heard loud and clear by the companies. Clear choices are here to stay and switching is faster and easier than ever before. A look at suppliers’ websites shows how much work has already been done.”

Which?, however, claims more needs to be done to keep costs down as the new measures won’t do enough to increase competition and “keep prices in check”.