United Airlines announced it has agreed to buy low carbon renewable jet fuel for flights from its Los Angeles International Airport produced by a local refinery. AltAir Fuels will retrofit […] 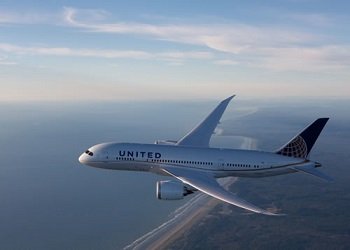 United Airlines announced it has agreed to buy low carbon renewable jet fuel for flights from its Los Angeles International Airport produced by a local refinery.

AltAir Fuels will retrofit part of an existing petroleum refinery near California to become a 30-million-gallon advanced biofuel facility. It will convert non-edible natural oils and agricultural waste into approximately 30 million gallons of biofuel every year, which is expected to help achieve at least 50% reduction in greenhouse gas emissions.

United Airlines has agreed to buy 15 million gallons of the renewable jet fuel over a three-year period, with the option to purchase more.

Jimmy Samartzis, United’s Managing Director for Global Environmental Affairs and Sustainability said:”This is a great day for United and the aviation biofuels industry. This agreement underscores United’s efforts to be a leader in alternative fuels as well as our efforts to lead commercial aviation as an environmentally responsible company. We’re excited about what this strategic partnership with AltAir means for United, the industry, the environment and for our customers.”

The US Government announced an $18 million (£11.8m) fund earlier this year for new projects to develop advanced biofuels for military jets and ships.