Only third of public can name a ‘sustainable’ company

Just a third of the public can name an environmentally ‘sustainable’ company according to a new poll released yesterday. The poll of 1,819 adults conducted by YouGov on behalf of […] 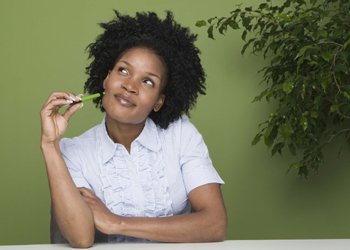 Just a third of the public can name an environmentally ‘sustainable’ company according to a new poll released yesterday.

The poll of 1,819 adults conducted by YouGov on behalf of the Carbon Trust earlier this month found two thirds (68%) of the general public were unable to name a company taking the issue of environmental sustainability seriously.

Supermarkets dominated the top five firms which people most associate with being sustainable. Marks & Spencer topped the list, followed by the Co-operative Group, Tesco, oil giant BP and Sainsbury’s.

People are also far more likely to trust environmental organisations such as charities or pressure groups (34%) on sustainable issues than businesses (3%), although nearly the same amount (29%) didn’t know who they would trust more.

Only a third of people think businesses take environmental sustainability more seriously than they did five years ago.

In contrast nearly half of people polled feel they personally live a more sustainable life than five years ago.

Tom Delay, Chief Executive of the Carbon Trust said: “Whilst it’s clear that consumers still care about the environmental future, their perspective on where the responsibility falls is skewed. It cannot be solely down to environmental groups to shoulder the weight of protecting our planet’s natural resources. Businesses have an enormous role to play here and need to be seen to be doing their part.”

He added: “As businesses look for more ways to grow, sustainability should become a golden opportunity for investment, allowing them to become more resilient to future environmental resource shocks and to cut their costs and grow their revenues. The smart companies will invest now and put sustainability inside their businesses.”