Prompt gas and power prices were once again up this week in response to continuing colder than usual winter weather, according to this week’s market report. Magali Hodson, Product and […] 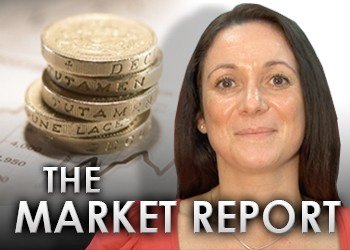 Prompt gas and power prices were once again up this week in response to continuing colder than usual winter weather, according to this week’s market report.

Magali Hodson, Product and Services Optimisation Manager for npower said prompt prices for gas started the week strong “on the back of increased residential demand as well as generation demand”.

She continued: “Mid-week we saw some outages that were completely unplanned on the Norwegian platform, which meant that Langeled flows were actually halved into the UK.”

Further ahead power prices for the first quarter of 2014 rose on the news that maintenance work on the second reactor at Heysham 1 – originally planned for December – had been delayed until January, she added.

Brent crude – a benchmark for oil – “started the week a little bit bearish,” according to Mrs Hodgson, “after Iran and the major powers reached an agreement on the nuclear deal”.  However, “mid-week the bulls came back as the market realised that the embargo on Iran’s oil supplies was still there and will remain for at least another six months.”

Yet again unrest in Libya limited the country’s oil exports. In the end Brent finished the week as it started on $111 per barrel.

Looking forward Mrs Hodgson said: “The weather will very much be the main driver for the prompt market, as you always know in the winter.”

With no LNG tankers heading to Britain and the output from South Hook down to 10 million cubic metres “the UK will rely heavily on interconnector flows to balance the gas system.”

According to Mrs Hodgson it  “means we are competing on price against Europe, so we’ll find some support in the gas price.”

She added: “Gas imports will bring volatility to the market on both power and gas prices,” but said “on the good news our storage is at 95%.”

Mrs Hodgson warned to watch out for any unexpected outages as they would push prices higher. She pointed out we’d already had  “Dungeness B21 coming off unexpectedly” this week as well as “a second outage at the Norwegian platform.”