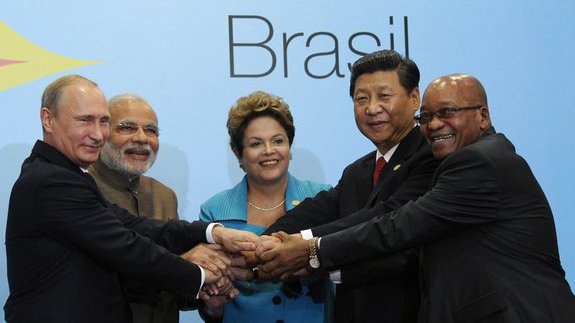 Russian President Vladimir Putin told the BRICS nations they should form an energy group to boost security of energy supplies.

Yesterday leaders from Brazil, Russia, India, China and South Africa met in Fortaleza, Brazil to form a new development bank for the countries and a currency reserve pool.

In a speech, the Russian leader said: “We propose the establishment of the BRICS Energy Association. We could create a Fuel Reserve Bank and a BRICS Energy Policy Institute under its roof.

“These steps would allow us to strengthen our nations’ energy security and prepare us for the creation of new instruments and new institutes to trade energy resources,” he added.

The countries also made a declaration with 70-odd points, 53rd on this list was a “belief that renewable and clean energy… and energy efficiency”, can be an “important driver” for sustainable development, cutting energy costs and “universalising” energy access.