Could gas from grass be UK’s green solution?

Nearly every home in the UK could be heated with carbon-neutral gas from grass by 2035. Ecotricity’s new report suggests powering 97% of homes with grass would pump £7.5 billion into […] 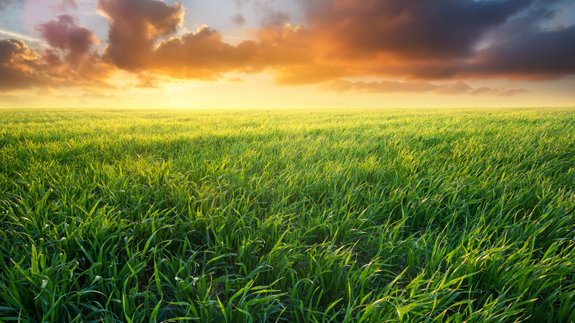 Nearly every home in the UK could be heated with carbon-neutral gas from grass by 2035.

Ecotricity’s new report suggests powering 97% of homes with grass would pump £7.5 billion into the economy each year and create 150,000 jobs.

The green supplier believes it would make the UK energy-independent and negate the need for fracking.

It has got the go-ahead to build its first prototype ‘green grass mill’ in Hampshire, which will use anaerobic digestion to convert grass into biogas and fertiliser.

Instead of being burnt to create electricity, the biogas will be “scrubbed” to create biomethane, which can be fed directly into the national gas network instead of fossil fuel methane.

Dale Vince, Founder of Ecotricity, said: “Recently, it’s become possible to make green gas and put it into the grid, in the same way we’ve been doing with green electricity for the last two decades. The current way of doing that is through energy crops and food waste – but both have their drawbacks.

“Through our research, we’ve found that using grass is a better alternative and has none of the drawbacks of energy crops, food waste or fracking – in fact, it has no drawbacks at all.”

The Scottish Government recently announced they expect to make a decision on whether to allow fracking in 2017.