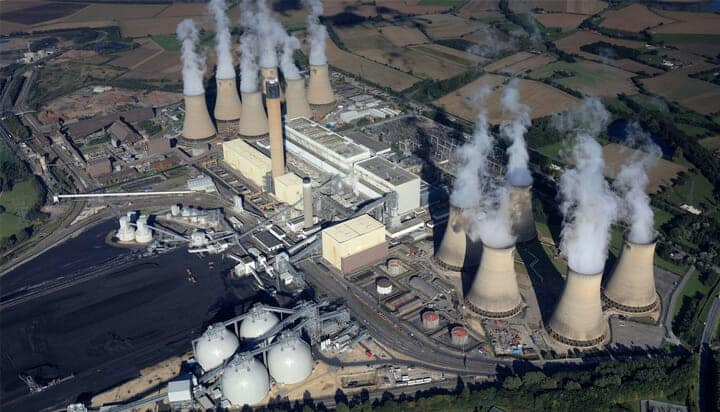 Drax has started the commissioning of a pilot project to capture and store carbon dioxide (CO2) emissions at its biomass plant in North Yorkshire.

The Bioenergy Carbon Capture and Storage (BECCS) plant will capture a tonne of CO2 a day from the gases produced when power is generated using biomass at Drax Power Station.

Carbon capture and storage (CCS) involves the capture of emissions from power plants and industry to allow them to be stored underground or compressed in containers to be used for industrial applications.

The company – which has upgraded two third of its generating units to use biomass instead of coal – has partnered with Leeds-based C-Capture and is investing £400,000 in the project, the first of its kind in Europe.

The Royal Academy and the Royal Society of Engineers have estimated BECCS could enable the capture of 50 million tonnes of CO2 per year by 2050 – around half of the UK’s emissions target.

Drax said the CO2 will initially be stored on site but it eventually aims to find a use for the gas, such as in the drinks industry.

Will Gardiner, CEO of Drax Group said: “Our BECCS pilot is the UK’s first step to delivering a key technology in the fight against climate change. If this project is successful, it could enable Drax to become the world’s first carbon negative power station – something many would never have dreamed possible a decade ago.

“At Drax, we want to create a low carbon future – to do that we have to test the technologies that could allow us, as well as the UK and the world, to deliver negative emissions and start to reduce the amount of carbon dioxide in the atmosphere.”

“Backed by government-funded innovation, Drax has helped put the UK on the map when it comes to carbon capture ahead of pivotal talks with global leaders in Edinburgh this week, which aim to supercharge the global deployment of this game-changing technology.”