Plant-based ‘meat’ producer Beyond Meat’s offering is made up of pea protein, beet juice, potato starch and coconut oil 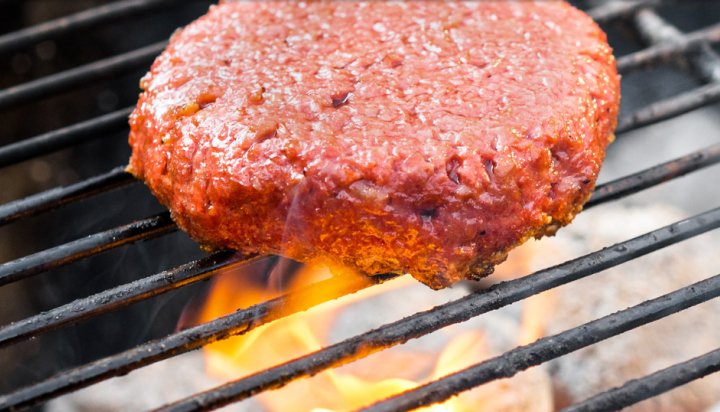 The company says the vegan patties use 99% less water, 93% less land and require 46% less energy than producing burgers from beef.

The sustainable burgers are even designed to ‘bleed’ like real meat but consist mainly of pea protein, beet juice, potato starch and coconut oil.

Bill Gates, Leonardo DiCaprio are among the investors in the business, which claims to have already sold 25 million of its burgers around the world.

Click here to read ELN’s Special Report: Getting to the meat of the matter.