A new report suggests the power, transport and buildings sectors could all reach zero or near-zero emissions 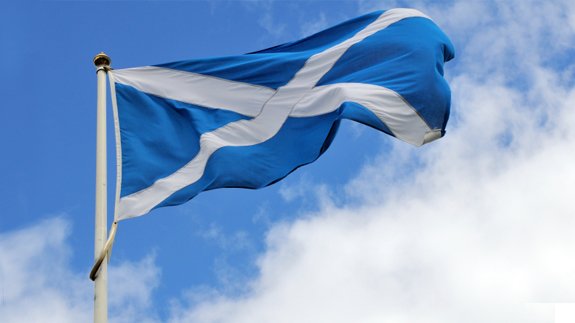 Scotland could “confidently” achieve net zero emissions by 2045 and has multiple options to do so, according to a new report.

It states the power, transport and buildings sectors could all reach zero or near-zero emissions and they could be reduced in industry by at least 60% without reducing productive capacity.

However, this would require electrification and use of hydrogen as fuel where possible as well as the deployment of carbon capture and storage (CCS).

The report by Vivid Economics, for WWF Scotland, adds the agriculture sector could also reduce emissions by around 35% while maintaining current production levels.

It believes by 2050, Scotland could be removing “far more emissions than it creates”, making a significant contribution to UK efforts.

Buildings reaching zero emissions implies all Scottish heating must be supplied through a combination of heat pumps, district heating and in places, use of biogas and hydrogen.

This could be particularly challenging and would require significant policy support, especially for rural properties but achieving full decarbonisation is expected to save an additional 0.5 MtCO2 beyond the Committtee on Climate Change’s ‘high ambition’ scenario.

Gina Hanrahan, Head of Policy at WWF Scotland said: “It’s crucial MSPs, who are debating the new Climate Change Bill, confront the challenge head on and join the growing number of progressive nations by setting an iconic net zero target and speeding up the policy action need to end our climate emissions once and for all.

“This report makes clear that there is a credible route map for Scotland net zero in the 2040s. we are laden with natural advantages for net zero. From our abundant renewable energy resource, to our large land area suitable for carbon sinks, to our history of innovation and skilled workforce, this new report shows we can hit net zero before other UK nations and be among the global leaders on this issue.”

The Scottish Government introduced a new Climate Change Bill to Parliament in May 2018, to increase the ambition of the 2050 target to 90% by 2050. This legislative process is occurring against the backdrop of the Paris Agreement, which commits the world to the global peaking of emissions as soon as possible and to ‘achieve a balance between anthropogenic emissions by sources and removals by sinks of greenhouse gases in the second half of this century’ – the so-called net-zero goal.

The need to achieve net-zero has been brought into sharp focus by the latest findings from the Intergovernmental Panel on Climate Change (IPCC), which states that, for no or limited temperature overshoot of the 1.5°C target, global CO2 emissions must reach net-zero around 2050, with deep cuts in non-CO2 gases as well. Some countries are legislating net-zero, notably Sweden (by 2045) and New Zealand (by 2050, although which gases to include are a topic of debate).

In Scotland, the Cabinet Secretary for Environment and Climate Change has committed to legislating for net zero as soon as a pathway is identified by statutory advisors stating that “If the UK Committee on Climate Change advises us that a net zero target is now feasible…we will do it”.

The UK and Scotland pathways to net zero are interconnected and mutually reinforcing: Scotland can leverage its greater land area per person to achieve higher negative emissions options and help offset remaining UK emissions; on the other hand, high capex investment in Scotland such as offshore wind and CCS benefit from a UK wide business case (e.g. exporting electricity across the GB electricity grid and beyond to Europe).

Although targets may differ, a co-ordinated programme of decarbonisation across the UK that capitalises on the strengths of each devolved administration is likely to achieve the best outcome. This also holds true for Scotland’s contribution to wider European decarbonisation.