Will the world’s next record-breaking car be fully electric? 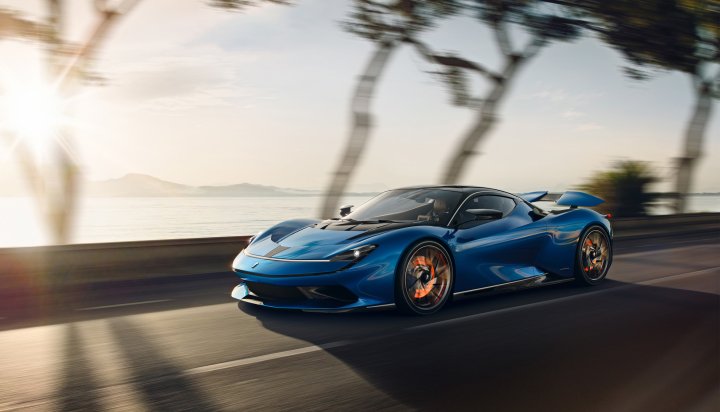 Is the world’s next record-breaking production car going to be fully electric?

Italian hypercar manufacturer Automobili Pininfarina seems to think so – it claims its Battista model, unveiled at the Geneva Motor Show will be the most powerful road-legal car ever produced in Italy.

Costing £2 million, the all-electric Battista is claimed to accelerate from 0-62mph in less than two seconds and boasts a reported top speed of more than 250mph, thanks to a staggering 1,900 brake horsepower.

The company behind the car is keen to reassure prospective buyers it doesn’t sacrifice on range – the Battista is able to drive an impressive 280 miles on a single charge.

The carmaker, which is is only a little more than a year old. says the electric vehicle (EV) proves high performance and electric propulsion are not mutually exclusive.

In fact, it suggests swapping a combustion engine for batteries and motors frees up a lot of extra space.

Paolo Pininfarina, Chairman of Automobili Pininfarina, said: “It created different aerodynamics. We were able to explore and experiment.”

“To have been able to design a car with such power, torque and speed and yet emit zero-emissions, is, we think, truly outstanding.”