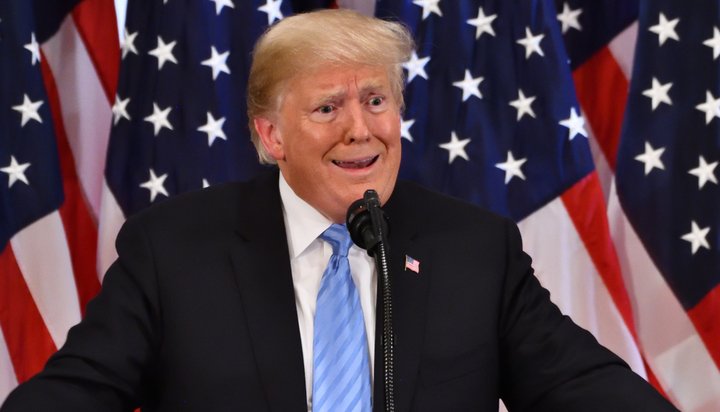 Donald Trump has claimed noise from wind turbines can cause cancer.

Speaking at the National Republican Congressional Committee spring dinner, the US president also suggested having a turbine built near your house could reduce its value by 75%.

He said: “Hillary wanted to put up wind – if you have a windmill anywhere near your house, congratulations, your house just went down 75% in value. And they say the noise causes cancer, you tell me that one, okay?

“The thing makes so much noise and of course it’s like a graveyard for birds. If you loved birds, you’d never want to walk under a windmill again.”

The President also imitated the noise made by turbines while waving his arms.

President Trump’s order to reverse an environmental protection originally brought in by Barack Obama was recently ruled to be ‘unlawful’.