A new study shows microplastic fragments can be carried long distances from cities, covering even the most remote areas with a ‘blanket’ of waste 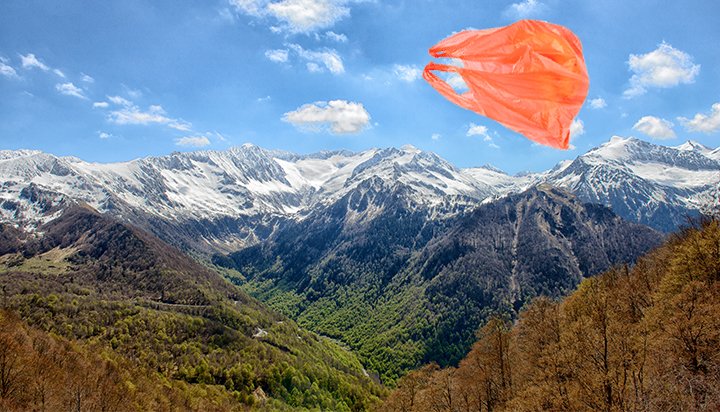 Microscopic fragments of plastic are being carried by the wind to pollute areas as remote as the Pyrenees mountain range.

Researchers at the University of Strathclyde, the Laboratoire Ecologie Fonctionnelle et Environnement and other universities already knew tiny pieces of plastic bags, packaging and other single-use items could be transported in the air but weren’t aware they could spread so far – the nearest city from the study area is around 100 kilometres away.

Over a period of five months, scientists took measurements of a square metre area at the Bernadouze meteorological station on the mountain range in south-west France.

They say an average of 366 plastic particles fell into the collection device every day, in the form of 249 fragments, 73 films and 44 fibres, the bulk of which are thought to have predominantly come from single-use packaging.

The researchers behind the testing said pieces of plastic that are small enough to be carried into the atmosphere are virtually impossible to remove and suggest the only way to fix the problem is to produce and use less of the material overall.

“I don’t think there is an organism on Earth that is immune to this.”