Is this the breast way for Extinction Rebellion to get their point across? 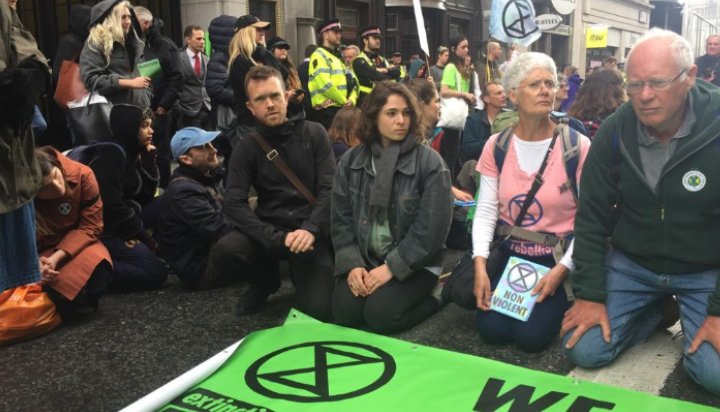 A woman glued her breasts to the road outside Goldman Sachs’ London offices yesterday as part of ongoing Extinction Rebellion protests.

As the group targeted London’s various financial districts to highlight the role it claims the business world plays in climate change, the campaigner lay face down on the tarmac.

Police erected screens to shield her from view as they removed her from the road.

Fellow demonstrators also glued themselves across the entrances to the London Stock Exchange and five protesters including an 83-year-old man were arrested after climbing onto the roof of a DLR train at Canary Wharf underground station.

The group also held protests at the treasury to highlight its alleged “role in worsening climate change and ecological breakdown”.

Extinction Rebellion plans to hold a ‘No Food on a Dead Planet’ protest later today, which will take the form of a die-in at Waitrose in Granary Square to represent “the death of crops, the death of the soil and the death toll that will come from global food shortages.”