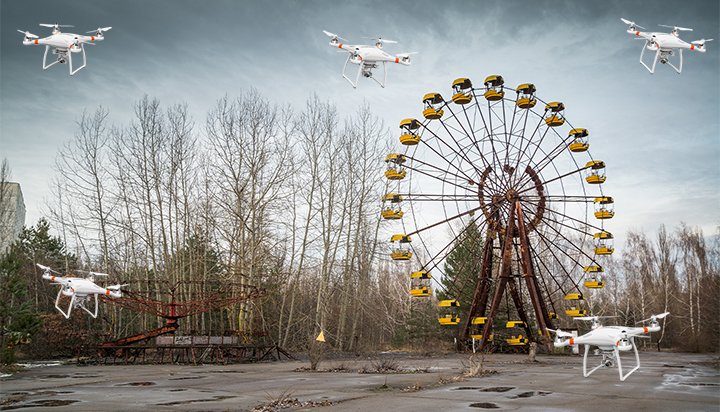 Radiation-mapping drones have been used to identify new hotspots at Chernobyl.

Researchers from the UK’s National Centre for Nuclear Robotics and University of Bristol flew fixed-wing and multi-rotor drones fitted with custom-built radiation detectors over the region’s Red Forest.

They say accurate radiation maps are urgently needed to update safety rules for both future tourism activity and the ongoing construction of solar energy farms in the area.

The drones were able to fly lower and slower than a manned survey aircraft could, in addition to operating in irradiated areas without posing a risk to life.

They revealed a number of unexpected areas of major contamination where it is unsafe for people to visit.

Professor Scott said: “We have successfully demonstrated that the UK now has the capability to monitor radioactive sites and respond to nuclear incidents without exposing humans to risk – a guiding aim of the National Centre for Nuclear Robotics.

“We can fly into a contaminated area from a safe zone, perhaps 10 kilometres away from the incident site and gather detailed information – streaming it live during the flight before returning safely to base.”