International Olympic Committee gets a gold for its hydrogen fleet 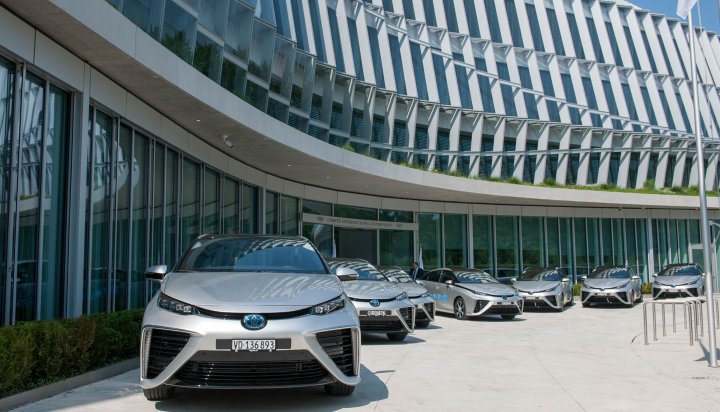 The Toyota Mirai fuel-cell electric vehicles (FCEV) have reached Olympic House, the IOC’s new sustainability-focussed headquarters in Lausanne, Switzerland, which will be officially inaugurated on the 23rd of June 2019.

The organisation says the clean vehicles will form a “key part” of its future mobility plans.

A temporary hydrogen fuelling station will also be installed at the new headquarters to refuel the vehicles, before a public station is installed nearby.

This station will produce hydrogen using renewable energy and distribute it to local drivers of clean cars.

The zero-emission vehicle move comes as part of the organisation’s efforts to reduce its overall carbon emissions.

Finnish Managing Director of the IOC television and Marketing Services of the IOC, Timo Lumme, said: “As we approach the inauguration of Olympic House and look ahead to the Olympic Games Tokyo 2020 in just over a year’s time, our mobility partnership with Toyota continues to break boundaries.

“Toyota’s sustainable mobility solutions will support ecological initiatives at Olympic House and across Switzerland, whilst delivering a legacy of sustainable transport in Olympic Games host cities and countries.”

Toyota will support Tokyo 2020 with a large number of zero-emission vehicles, inlcuding passenger cars for official use, hydrogen buses and even gas-powered forklifts.