ArcelorMittal aims for carbon neutral steelmaking in Europe by 2050

The steel industry accounts for around 7% of global emissions 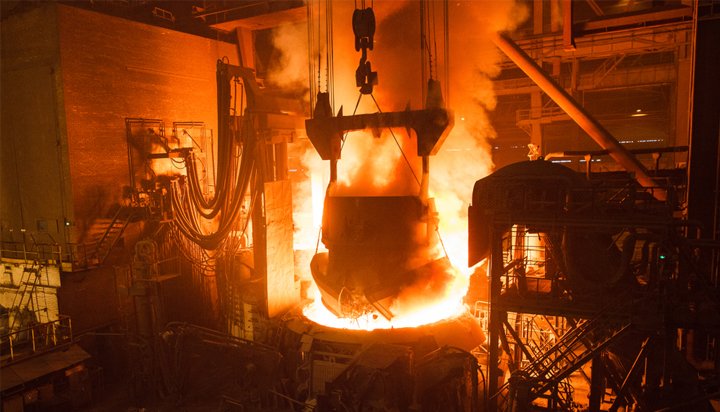 Steelmaking giant ArcelorMittal has announced its ambition to significantly reduce carbon emissions globally and become carbon neutral in Europe by 2050.

A target for 2030 will be launched next year, replacing its current goal of an 8% carbon footprint reduction by 2020, against a 2017 baseline.

The steel industry, which produced around 1.7 billion tonnes of the materials in 2018, accounts for around 7% of global emissions.

Demand for steel and materials are expected to increase further, with forecasts suggesting it could rise to 2.6 billion tonnes in 2050.

Carbon is currently used as a reductant in the blast furnace to separate oxygen from iron-ore as a critical part of the steelmaking process.

ArcelorMittal says significantly reducing the emissions footprint of steel will require a “fundamental change” in the science of steelmaking.

The company has identified three pathways that it believes have the potential to deliver a significant reduction in carbon emissions.

They are clean power steelmaking, circular carbon steelmaking – using waste biomass to displace fossil fuels – and fossil fuel carbon capture and storage, where the current method of steel production is maintained but the carbon is captured and stored or reused rather than emitted into the atmosphere.

Chairman and CEO Lakshmi Mittal adds: “We believe it can be possible for the steel industry to deliver carbon emissions reductions targets in line with the Paris agreement. We are committed to this objective and are actively piloting several low carbon steelmaking technologies.

“Central to achieving this aspiration will be supportive policy to ensure a global level playing field, access to sufficient clean energy at competitive prices and access to finance. The energy industry has made great strides in creating a pathway to lower emissions through supportive policy and we are confident the same can be true for steel.”