One dead deer’s stomach was found to contain 4.3 kilogrammes of plastic after it ate wrappers and packaging littered in the scenic area 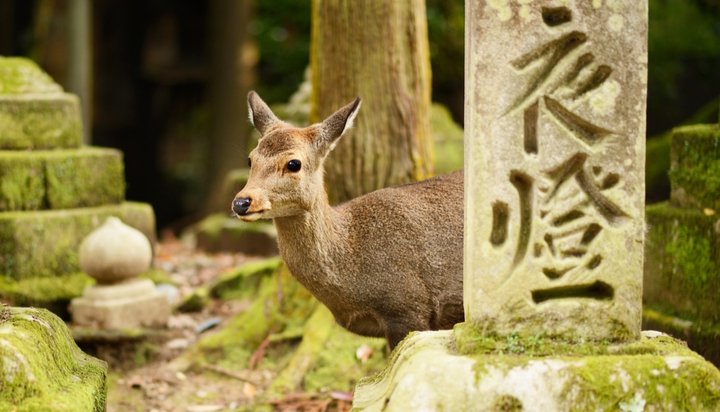 Nine of a Japanese park’s famous deer have died after eating plastic litter left at the site.

The Nara Deer Preservation Foundation have announced that of the 14 wild deer that have died in Nara Park since March, more than half have been found to have stomachs clogged with numerous plastic bags.

One deer’s stomach was found to contain 4.3 kilogrammes of plastic.

The bags are generally bought by tourists to hold food for the animals – conversation experts suggest the deer learn that such bags contain food or are tempted by the smell coming from the discarded packets.

The massive park contains more than 1,000 deer in total, with visitors encourages to feed them with special sugar-free crackers known as shika senbei.

The bulk of the plastic waste thought to have caused the damage has come from other snack packaging – if the rubbish blocks the first section of a deer’s four-chambered stomach, they are unable to digest food, meaning they die from malnutrition and weakened immune systems.

The Nara Prefecture government now plans to put up signs warning guests of the dangers of bringing plastic wrappers into the park and has organised cleanup operations to remove existing litter.