Environmental non-profit Plastic Oceans UK claims items such as old bottles and packaging can act as a raft, enabling a variety of organisms to reach new habitats 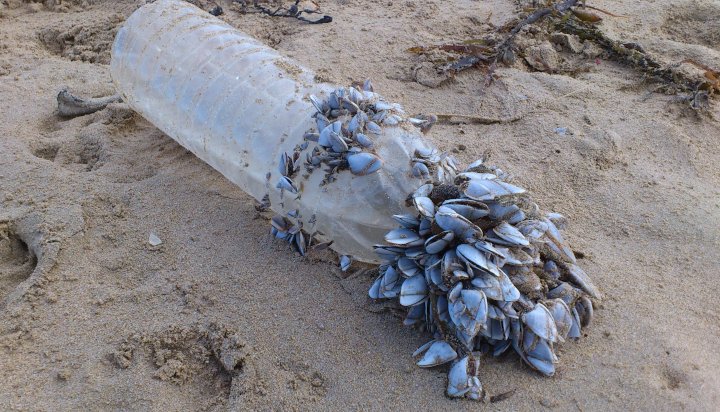 That’s according to environmental non-profit Plastic Oceans UK, which claims plastic waste like bottles and old packaging can act as a raft, enabling a variety of organisms to reach new habitats.

These creatures can potentially be carried thousands of miles by winds and currents.

Their removal from an environment is usually not feasible once they have established themselves,

The small marine hitchhikers are typically non-mobile and spend most of their lives attached to rocks, plants, shells and other surfaces – they include bryozoans, barnacles, polychaete worms, hydroids, crabs and molluscs.

Researchers emphasise it is unlikely that nature will continue to manage to cope if these processes continue in the long-term.

Plastic Oceans UK says at least 387 taxa have been found rafting on floating or beached litter and suggests marine litter is also frequently colonised by a diverse range of life on the microbial level.