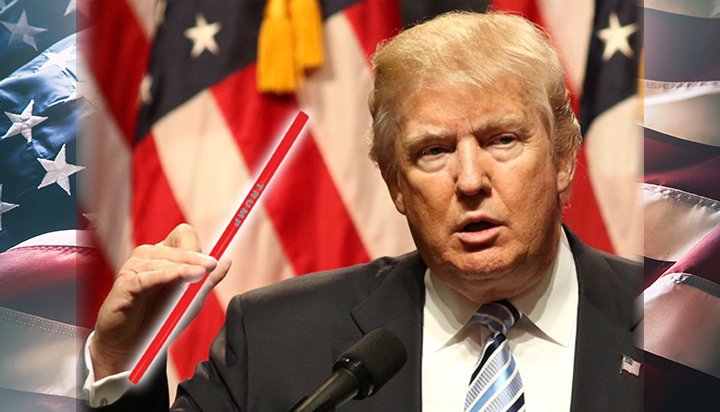 The branded straws, released in Republican Party-red, were launched on the 19th of July, selling out in a matter of hours before being restocked.

The website claims more environmentally-friendly “liberal paper straws don’t work” and offers its “laser-engraved” recyclable plastic straws at a price of $15 (£12.33) for a 10-pack.

“Can’t wait to see the pictures of Trump supporters drinking with them! #MakingStrawsGreatAgain”

A plastic straw ban in the UK was announced earlier this year, with the rule due to come into force from April 2020.

Donald Trump’s state visit to the UK was estimated to have produced as much carbon dioxide as an average British home does in 970 years.