Are energy deals advertised as ‘100% renewable’ as green as they seem?

A Which? investigation suggests the answer is no 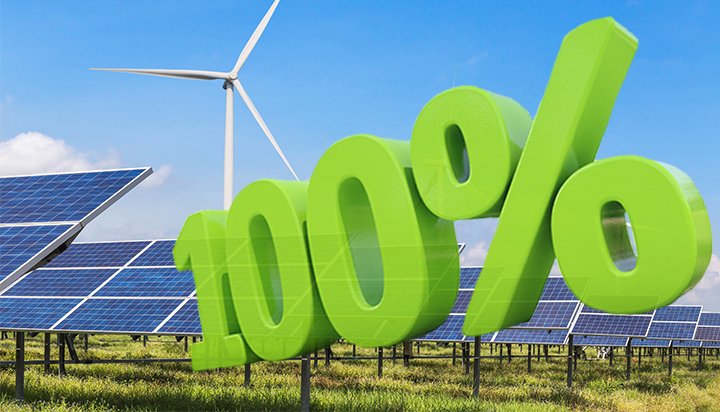 Are energy deals advertised as ‘100% renewable‘ as green as they seem?

A Which? investigation suggests the answer is no – after analysing more than 300 energy tariffs, it found around 40 suppliers are currently offering ‘100% renewable’ deals but claims some of these businesses risk misleading customers as to the environmental credentials of their power supply.

The report alleges that although Green Star Energy, Ovo Energy, Pure Planet, Robin Hood Energy, SoEnergy, Tonik Energy and Yorkshire Energy sell ‘100% renewable’ tariffs, these are backed up by Renewable Energy Guarantees of Origin (REGO) certificates rather than the firms generating renewable electricity themselves or buying it directly from generators.

It notes as the average customer uses 3.1 MWh of electricity a year, a supplier could buy REGO certificates to match this usage as cheaply as £1.55 and state their customer’s tariff is 100% renewable, something Which? argues is a form of “greenwashing” and claims does little to support new renewable generation.

It highlights that although some firms do generate or buy enough renewable electricity to match their customers’ usage, such as Ecotricity and Good Energy, Ofgem needs to investigate the issue and increase clarity for consumers.

Richard Headland, Which? Editor-in-chief, said: “As consumers grow ever-more environmentally-conscious, it’s concerning that some suppliers appear to be ‘greenwashing’ their energy tariffs, which could risk misleading customers.

“We believe there needs to be greater clarity on how renewable electricity is defined and marketed. People can only make informed decisions about where to buy their energy from if firms are more upfront and transparent about their green credentials.”

“Ofgem administers this scheme on behalf of government. Ofgem also requires suppliers who offer green tariffs to explain to their customers clearly and transparently how they source renewable electricity.”

An Energy UK spokesperson said: “Ofgem rules allow suppliers to label their tariffs as renewable if they either generate renewable power themselves, buy directly from generators or purchase renewable certificates equivalent to the amount supplied to their customers.

“The purpose of these certificates is to incentivise renewable generation which now supplies over half of our power – so all customers are increasingly using renewable energy.”