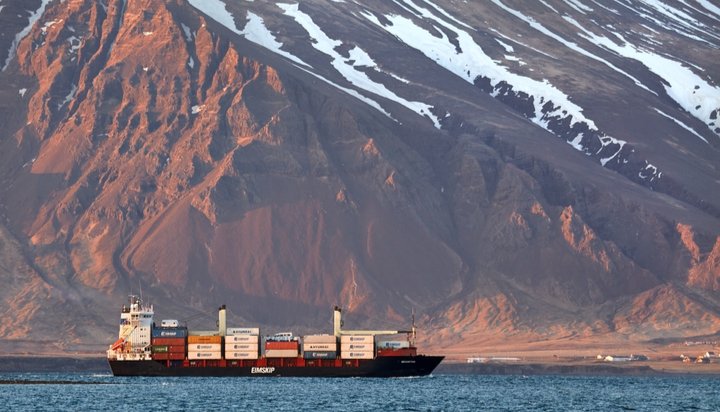 Iceland has banned the use of heavy fuel oil in its shipping sector to curb emissions from the environmentally-intensive industry.

The nation’s Minister for the Environment and Natural Resources, Guðmundur Ingi Guðbrandsson, has implemented a new rule to restrict exhaust emissions containing high levels of sulphur from being burned by ships in Iceland’s territorial waters.

The government claims the move to reduce the sulphur emissions cap from its current level of 3.5% mass-by-mass (m/m) to 0.1% m/m means Iceland will have one of the strictest heavy-fuel regulations in the world.

Mr Guðbrandsson said: “Vessels can use light types of oil fuel until they switch to other energy sources. I hope this will happen in the near future but heavy fuel oil is the filthiest, therefore it is extremely important to stop its use.”

As well as stopping vessels from operating in territorial waters, the ban will also cover fjords and bays –  it will come into effect on the first day of next year.

The regulation has been welcomed by many environmentalists, although some have pointed out potential weaknesses in the new law – Árni Finnsson, of the Iceland Nature Conservation Association, said: “Iceland’s new regulation to limit exhaust emissions with high levels of sulphur from shipping in Iceland’s waters is a positive step forward by Environment Ministers Guðmundur Ingi Guðbrandsson but fails to address emissions of black carbon, which accelerates Arctic sea ice melt and in turn accelerate the effects of human-induced climate change.

“The only viable step forward is for Iceland to completely ban the use and carriage of heavy fuel oil from its territorial waters, ahead of an International Maritime Organization ban currently in development to ban its use and carriage in the Arctic.”