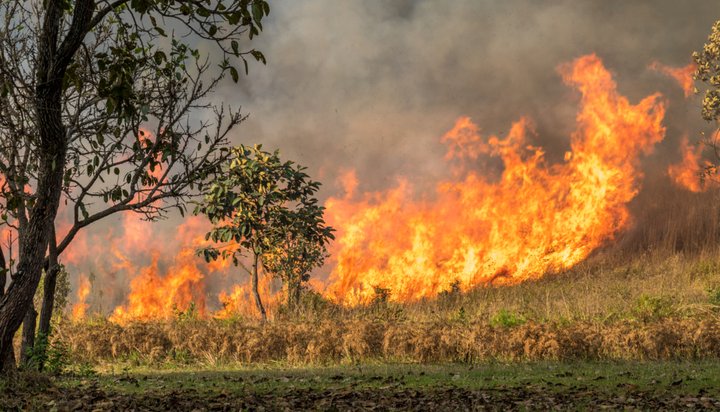 Since August, Australian bushfires have created carbon dioxide emissions equivalent to almost half of the country’s entire annual greenhouse gas emissions in 2018.

Fires spreading across New South Wales are thought to have emitted 195 million tonnes of the greenhouse gas, with Queensland’s fires also generating around 55 million tonnes – that’s according to Guardian Australia, which says it received data from a Nasa and Global Fire Emissions Database scientist.

More than 2.7 million hectares of land have been burned during the New South Wales bushfire season, with authorities warning dry conditions mean this is likely to continue in the near future.

In 2018, Australia’s entire greenhouse gas footprint from all sectors totalled 532 million tonnes – the high volume of emissions generated by fires alone suggests this figure will be higher across 2019.

Forests and woodland are valuable carbon sinks as they capture carbon dioxide from the air as they grow and store it as carbon in their branches and leaves – this is released when they are burned.

Although when trees grow back after a fire they capture the carbon again, many areas do not ever recover to pre-fire state and even under normal conditions it can take decades for forests to regrow and reabsorb the emissions.