Paris to create 680 kilometres of cycleways after coronavirus crisis

The city will invest €300 million for the updated bike lane network, which will include secure paths for cycling trips after the lockdown 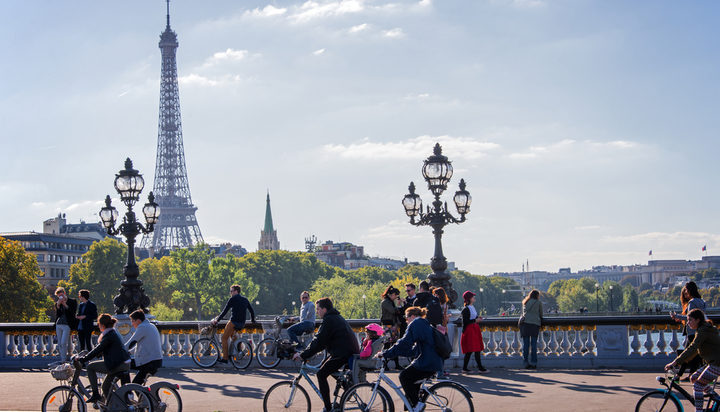 Paris has announced its plans to roll out 680 kilometres of bike lanes after the lockdown is eased in France.

The city will invest €300 million (£261m) in the updated cycle lane network as part of the initiative named “RER Vélo”, which will include secure paths for cycling trips after the quarantine period ends.

On its first stage, the project, which will include nine routes of 680 kilometres, will give priority to the development of pop-up bike lanes to relieve the most congested public transport lines in the post-coronavirus period.