‘Renewable energy can provide 12,000 jobs and £20bn of new investment to the UK’

That’s according to new statistics published by RenewableUK, which show that next year’s auctions for contracts to generate clean power could have a massive positive effect on the economy if the government takes steps to maximise the benefits available 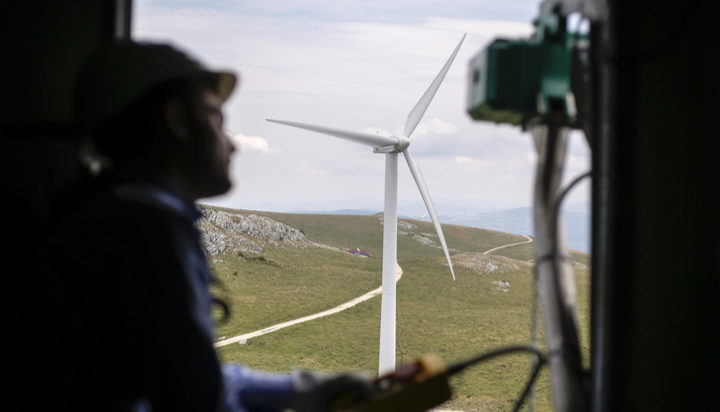 Renewable energy can provide 12,000 new jobs and around £20 billion of new investments to the UK as part of the nation’s sustainable economic recovery.

That’s according to new statistics published by RenewableUK, which show that next year’s auctions for contracts to generate clean power could have a massive positive effect on the economy if the government takes steps to maximise the benefits available.

The report suggests these jobs and investments would largely be created within the construction sector and notes that since the lock-down began on 23rd March, UK-based wind companies have already announced new contracts and investments worth more than £4 billion, creating in excess of 2,000 UK jobs, as the rest of the economy shrunk.

RenewableUK calculates that if policymakers lift capacity caps for the renewable energy auction scheduled for 2021, it could secure 11GW of new onshore and offshore wind, which the organisation suggests would “ramp up spending quickly once contracts are secured” and “generate low-cost power that provides net benefit to consumers”.

It adds boosting the development of renewable infrastructure would also support faster decarbonisation of the transport and domestic heating sectors, the two largest sources of UK emissions, and says the government must support innovation, bolster the UK supply chain and fund schemes such as the Offshore Wind Growth Partnership to help create further export opportunities for “cutting-edge” companies and technologies.

The report also calls for port facilities to be upgraded to ensure they can handle large offshore infrastructure and urges the government to help the UK become a world leader in technologies such as floating offshore wind, tidal power and renewable hydrogen projects.

RenewableUK’s Director of Strategic Communications Luke Clark said: “The Prime Minister and the Chancellor want to build back greener; putting low-cost renewables at the heart of this agenda is a no-regrets option that will get investment flowing into the economy quickly and create jobs. Government has the tools it needs to put a rocket under renewable energy projects, which will make it much easier to achieve wider net zero objectives like the switch to EVs and low carbon heating.

“If we can support innovation and strategic investment in our offshore wind supply chain, alongside new cutting-edge technologies like renewable hydrogen and floating wind, the UK can be at the forefront of global growth sectors. The renewables sector is one of the biggest investors in UK infrastructure; boosting that will increase opportunities and employment, particularly in parts of our economy where we need to level up”.