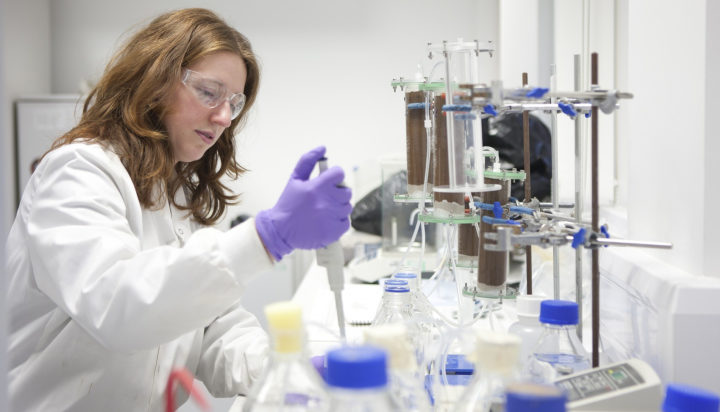 A new collaborative venture to support the delivery of research into safe geological disposal of nuclear waste in the UK has been launched.

Radioactive Waste Management (RWM) has teamed up with the University of Manchester and the University of Sheffield to launch RWM Research Support Office (RSO), which will provide independent evidence-based research to underpin the development of a geological disposal facility (GDF).

A GDF is a highly engineered network of vaults and tunnels built into the rock many hundreds of metres underground designed to safely and permanently dispose of higher activity radioactive waste.

It is internationally recognised as the best long term solution for dealing with higher activity radioactive waste.

The RWM RSO – which will be based at the University of Manchester’s Dalton Nuclear Institute – will centre its research on nine themes covering advanced manufacturing, applied mathematics, applied social science, environmental science, geoscience, materials science, public communication of science, radiochemistry and training.

This includes experimental and modelling research in the STEM subjects, as well as the co-ordination of applied social science research to explore the societal and socio-economic aspects of geological disposal, including how public trust and confidence can be developed and sustained with potential host communities.

Funding supported by RWM is expected to be around £20 million over 10 years.

Lucy Bailey, RWM’s Head of Research Support Office said: “I am thrilled to be leading this exciting new initiative for RWM. Through the RSO we will harness the best research expertise across the UK to build the knowledge and understanding required to underpin the safety case to deliver a GDF that deals permanently with the UK’s higher activity waste.”

The partnership is also expected to support the development of the next generation of researchers for geological disposal.