The vehicle will be tested inside and outside the mine in the Chilean Andes at an altitude of more than 2,000 metres 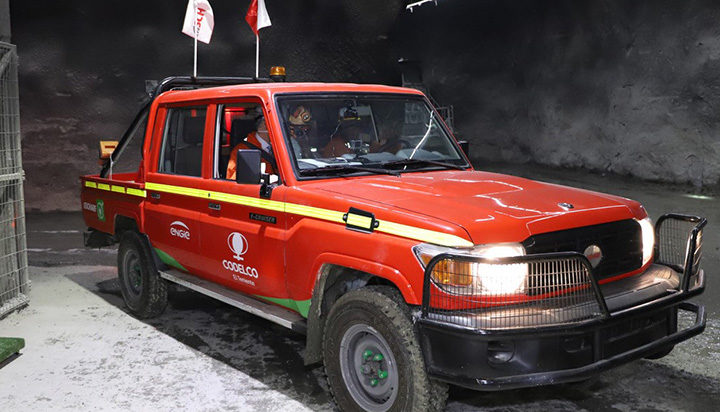 Chile has unveiled what claims to be the first electric mining truck in the country that will support the operations of the ‘world’s biggest’ underground copper mine.

The new vehicle, which was developed by the German mining transport manufacturer Scharf, will be used at the state-owned copper miner Codelco’s underground mine El Teniente in the Chilean Andes at an altitude of more than 2,000 metres.

The vehicle will begin its industrial technical tests this week in partnership with ENGIE, which will be in charge of data monitoring and load management and will validate its operation in terms of power, resistance and energy consumption in underground mine and high mountain road condition.

The vehicle is predicted to cut operating costs by up to 80% compared to diesel vehicles.

Codelco’s Executive President Octavio Araneda said: “At Codelco, we are taking the first steps in a great revolution that is taking place worldwide, which is electrification. We have a road map for underground mining projected to 2030, in which the majority of production equipment will be electric.”