The 27 catamarans are forecast to cut approximately 9,500 tonnes of carbon dioxide emissions every year 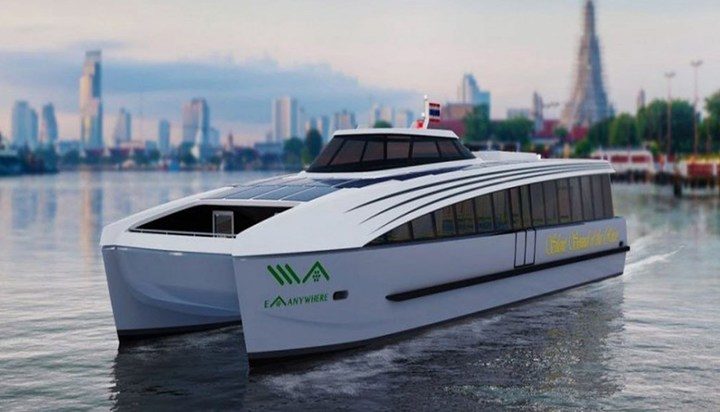 A fleet of 27 fully-electric catamarans, which is claimed to be ‘Thailand‘s first’, will soon travel along Chao Phraya River in Bangkok.

Each 24 metre-long catamaran will be capable of carrying 200 passengers and will contain two motors manufactured by the business division of the engineering firm Denfoss, Denfoss Editron – the motors will provide a power output of between 174kW to 192kW.

The renewable energy company Energy Absolute has invested $33 million (£25.3m) in the project, including the installation of fast-charging stations which will be capable of charging the ferries in approximately 15 minutes.

Two of the ferries are currently undergoing testing. After the first two ferries have completed trials, the remainder of the fleet will be rolled out to operators over the course of a year.

The project aims to help tackle air pollution in the city, which is considered to be one of the world’s most visited cities with low air quality.

“This project can pave the way to bringing them back to life in a sustainable manner by linking key transport networks and providing a smooth and comfortable ride to commuters. It will also help to curb the need for further tunnels and roads, with the waterways becoming a more popular mode of transport once again.”