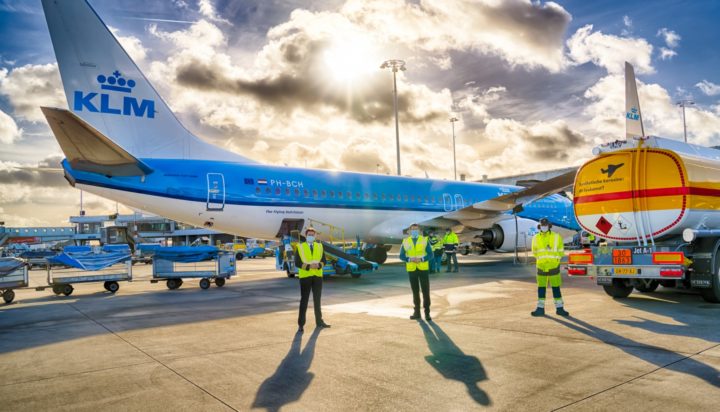 Dutch airline KLM has operated what is considered to be the world’s first commercial passenger flight on sustainable synthetic kerosene.

The flight from Amsterdam to Madrid used an admixture of 500 litres of this type of fuel, the company said.

Shell has produced synthetic kerosene in its research centre in Amsterdam based on carbon dioxide, water, solar and wind energy.

The Dutch government has supported various initiatives, including the construction of the first European factory for sustainable biokerosene.

Pieter Elbers, Chief Executive Officer of KLM, said: “The transition from fossil fuel to sustainable alternatives is one of the largest challenges in aviation.

“Fleet renewal contributed significantly to the reduction of carbon dioxide emissions, but the upscaling of production and the use of sustainable aviation fuel will make the biggest difference for the current generation of aircraft.”

Cora van Nieuwenhuizen, Dutch Minister of Infrastructure and Water Management, commented: “I hope that, in these turbulent times for aviation, this will inspire people in the sector to continue on this course.”