Steel company Salzgitter has partnered with E.ON subsidiary Avacon and Linde to use green hydrogen for iron ore smelting 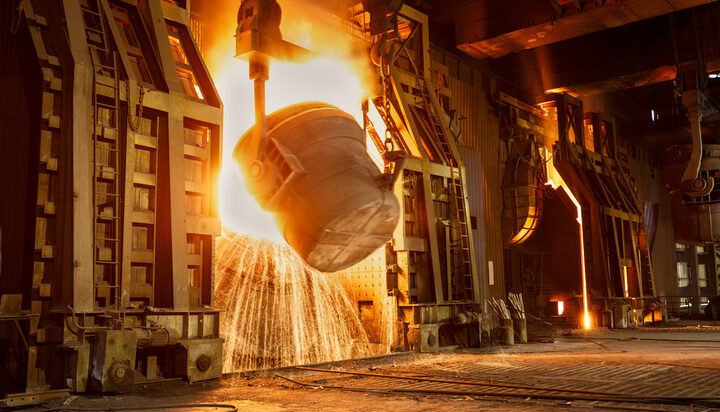 German steel giant Salzgitter has launched a new project to reach near ‘carbon-free’ production with the help of wind energy and green hydrogen.

In partnership with the industrial gases firm Linde and E.ON subsidiary Avacon, the company has commissioned a green hydrogen plant powered by wind energy.

Hydrogen will replace the carbon necessary for smelting iron ore.

Avacon operates seven newly built wind turbines with an output totalling 30MW on the site while the steel company has installed two Siemens 1.25MW electrolysers, which will generate around 450 cubic metres of hydrogen per hour.

That is part of the company’s plan to replace the three blast furnaces by a combination of direct reduction plants and electric alternatives.

Transforming steel production in this way could reduce the associated carbon dioxide emissions by around 95% by 2050, the company estimated.

Dr Johannes Teyssen, Chief Executive Officer of E.ON SE, said: “Green gases have the wherewithal to become ‘staple foodstuff’ for the transition to alternative energies and make a considerable contribution to decarbonising industry, mobility and heat.”

Dr Bernd Althusmann, Minister of Economic Affairs, Labor and Transport and Digital Affairs for Lower Saxony, commented: “In terms of the climate target, decarbonising steel production with the aid of green hydrogen represents a milestone for Germany’s steel industry.”